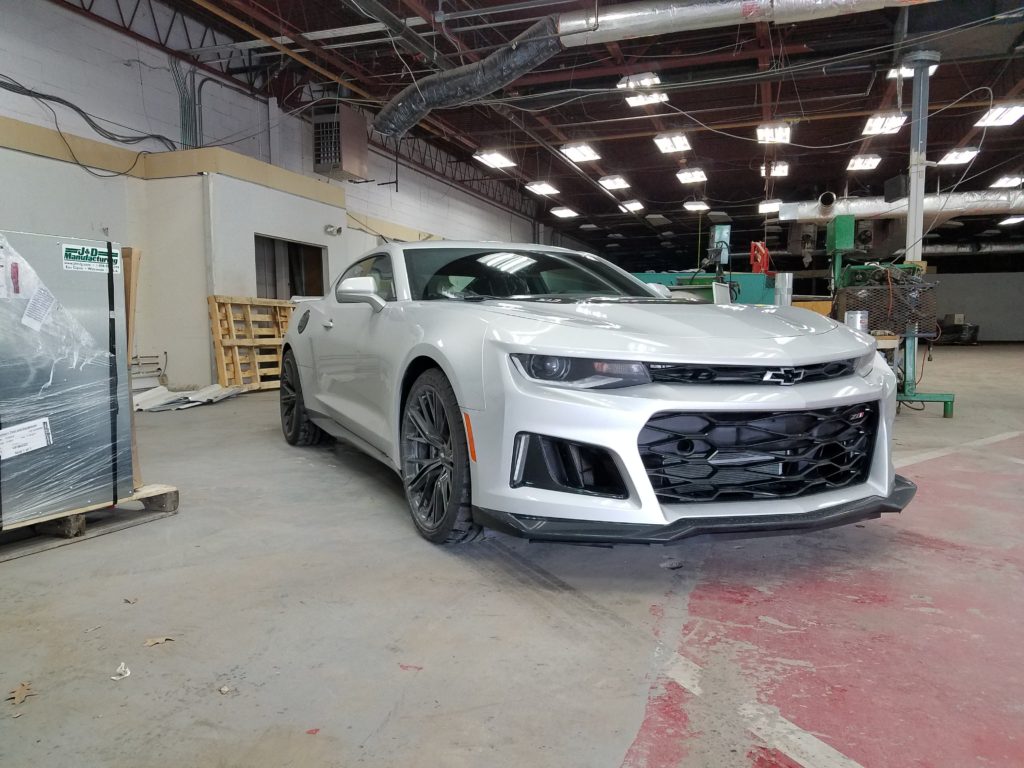 Depending on your age and knowledge of the Camaro’s history, you may or may not know that the first ZL-1 Camaro was offered in 1969 as a Central Office Production Order (COPO). The entire ZL-1 platform was launched by a Chevrolet dealer named Fred Gibb. He was able to leverage the COPO system, which was typically used for special paint packages for fleet trucks. With order #9560, Fred was able to coax Chevrolet into shoehorning an all-aluminum 427 in the Pony car.

Mr. Gibb probably didn’t realize that his special order Camaro would still be relevant today. In 2012, Chevrolet brought the prestigious ZL-1 badging back but with a slight change. The ZL-1 was changed to ZL1 as this production horsepower monster hit the showrooms. While this car was the best Camaro to date, it was surpassed in performance by the sixth-gen model. While the original ZL-1 cranked out a conservative 440 horsepower, the latest version makes an impressive 650 horsepower and 650 lb-ft of torque thanks to its supercharged 6.2-liter engine. When you combine this engine with the technology of the sixth-gen ZL1 body, we get an impressive machine. The 0-60 mph time comes in at 3.5-seconds and produces a 1/4-mile time of 11.4 seconds at 127 mph.

And unlike its first-gen counterpart, the sixth-gen is fantastic in the corners where it can pull 1.02g’s.

With a car this good, why would you want to modify it? If you’re a performance enthusiast who runs an automotive performance company, you have to modify the car. But why? One, like any gear-head, it’s in your blood. Two, you have access to one of the best cars that Chevrolet has ever built, and it becomes the testing grounds for your performance products.

We know that the ZL1 is a beast in factory trim. However, since we have only driven a stock one for a short amount of time, we asked JC Beattie Jr., President of ATI Performance Products and Head of Damper Development, what he thinks about his ZL1 Camaro.

LSX Magazine: What are your thoughts on the sixth-gen ZL1?

JC Beattie Jr: It’s a fantastic looking sports car, and the LT4 power is unreal. The car in stock form should require signing a waiver before they let you take it home, or at least give you an access code to be allowed to turn off the traction control. In cool weather with stock tires, you better be ready! And it’s loud when you have it at wide-open throttle. The ZL1 also offers a lot of awesome technology, great seats, steering, and brakes. The interior provides a nice mix of trim and finishes as well. I am used to driving an SUV that’s on the sports side of things. With that said, this car rides a bit rougher in comparison. It’s great for corners and fun, but bad for a 40-year old, coffee cups without lids, and kids trying to watch their iPhones. But hey it’s a ZL1 Camaro, not a station wagon. No bitching here.”

LSX Magazine: Why did you purchase the car?

JC Beattie Jr: We purchased the Camaro for the 10-speed automatic first and foremost. We wanted to be able to flog the car and get some miles on it. Our primary focus so far has been the development of our new 10-speed converter. Honestly, there’s a LOT of room for improvement in that converter, and we have an answer coming. We like to put in a lot of time and R&D before releasing something new, but it’s on its way.

LSX Magazine: If you’re using the ZL1 as a testbed, why modify it?

JC Beattie Jr:  You can’t break anything in stock form! We needed more power and some sticky tires to get it to hook and see what the 10-speed will hold.

LSX Magazine: What modifications have been made to the car?

JC Beattie Jr: The first thing we did was bolt-on a set of Kook’s headers and Borla exhaust. After the exhaust, we worked on the suspension using BMR components and springs to lower it a little and give it more stability at the drag strip. From there, things got a little more serious. Redline Motorsports added a Whipple 2.9-liter supercharger, Redline custom camshaft with 32-percent larger fuel lobe, Redline dual valve springs, titanium retainers, Chromoly pushrods, Comp Cams rocker arm trunnion kit, billet DOD delete valley cover, GM racing lifters, lifter trays, ARP head bolts, MLS 7 layer head gaskets, cam phaser lockout kit, cam bolt, sprocket, and a heavy-duty supercharger drive belt. We are also running our ATI Super Damper and 15-percent overdrive pulley to spin the Whipple and our modified ATI torque converter for the 10-speed. This combination is good for 836.6 horsepower and 852.9 lb-ft of torque at the wheels.

LSX Magazine: How is the car with the new mods?

JC Beattie Jr: The lack of traction sure as hell didn’t get any better! You can park outside and start it in 30 deg weather or 90-degree weather, and you would not know that it’s been modified. The tune and build are perfect. I was amazed, honestly. The only place where it does anything different is when coming to a stop, it will lunge forward a touch. For what it is, the car is phenomenal.

Unfortunately, I have never run it with a sticky tire at the track since we’ve done the upgrades. It’s been a 6.28 on the 1/8th-mile track with a 400 treadwear tire.

LSX Magazine: Do you have any future plans for the car?

JC Beattie Jr: We plan on breaking some parts so that we can make better ones. I’m also planning on adding some BC Forged wheels, and Toyo R888 tires are going on to help with everyday grip. Otherwise, this animal is fantastic, as is.